Linked below are some articles from the library's collection. These are great sources to find the basic, background info on a topic.

Consider using the databases linked below to find articles from the library's databases.

Islamophobia refers to irrational, unjustified, or excessive fear or hatred of Islam and of Muslims. Its more obvious manifestations include negative attitudes such as intolerance and prejudice; negative actions such as discrimination, harassment, and social and economic exclusion; verbal and physical abuse and hate crimes against Muslims and their places of worship; and the vilification of Islam as a religion and a way of life. It may also refer to the negative stereotyping of Muslims as extremist, barbaric, treacherous, violent, uncivilized, and sexist and to assumptions about the inferiority of Islamic culture and values.

-From the Encyclopedia of Race and Racism

The articles linked below are both from the library's collection, as well as from the web.

Who are Muslim Americans?

"America is home to one of the most diverse Muslim populations in the world, including people of almost every ethnicity, country, and school of thought. Although they are widely viewed as recent immigrants, the demographics tell a different story. Approximately one-third of the community is African-American, one third is of South Asian descent, one quarter is of Arab descent, and the rest are from all over the world, including a growing Latino Muslim population. While exact numbers are difficult to establish, there are between 3-6 million American Muslims. About one-half of this population was born in the U.S., a percentage that continues to grow as immigration slows and younger individuals start having families."

Excerpted from "American Muslims in the United States," Teaching Tolerance: A Project of the Southern Poverty Law Center

There are many great resources about Muslim Americans both on the web and in the library's collection. Featured below are some great websites to consider, as well as some featured articles. 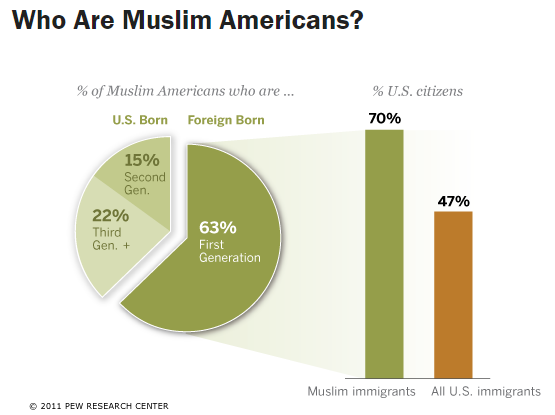 The following reports provide statistics and data about Muslim Americans.

Articles from the Web

Films on Demand is a great database to find short film segments, as well as longer full documentaries. Consider the featured films below, or try a search in the database.

Source: "What it's Like to be Muslim in America" by Dalia Mogahed, TED Talks is licensed under CC BY-NC-ND 4.0

Click on any of the titles to be linked to the ebook, or the record in the catalog to learn more about any of these featured books.

This Muslim American Life: Dispatches from the War on Terror

American Islamophobia: Understanding the Roots and Rise of Fear

Framing Muslims: Stereotyping and representation since 9/11

Islamophobia and Its Consequences on Young People

Islamophobia and the politics of empire

Sacred Ground: Pluralism, Prejudice, and the Promise of America

What Is an American Muslim? : Embracing faith and citizenship

Muslims in America: A Short History 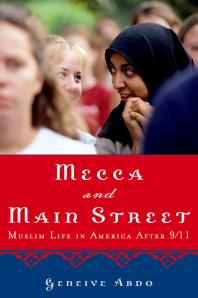 Mecca and Main Street: Muslim Life in America After 9/11

Journey into America: The Challenge of Islam

How to Be a Muslim: An American Story

Burqas, Baseball, and Apple Pie: Being Muslim in America

American Islam: The Struggle for the Soul of a Religion