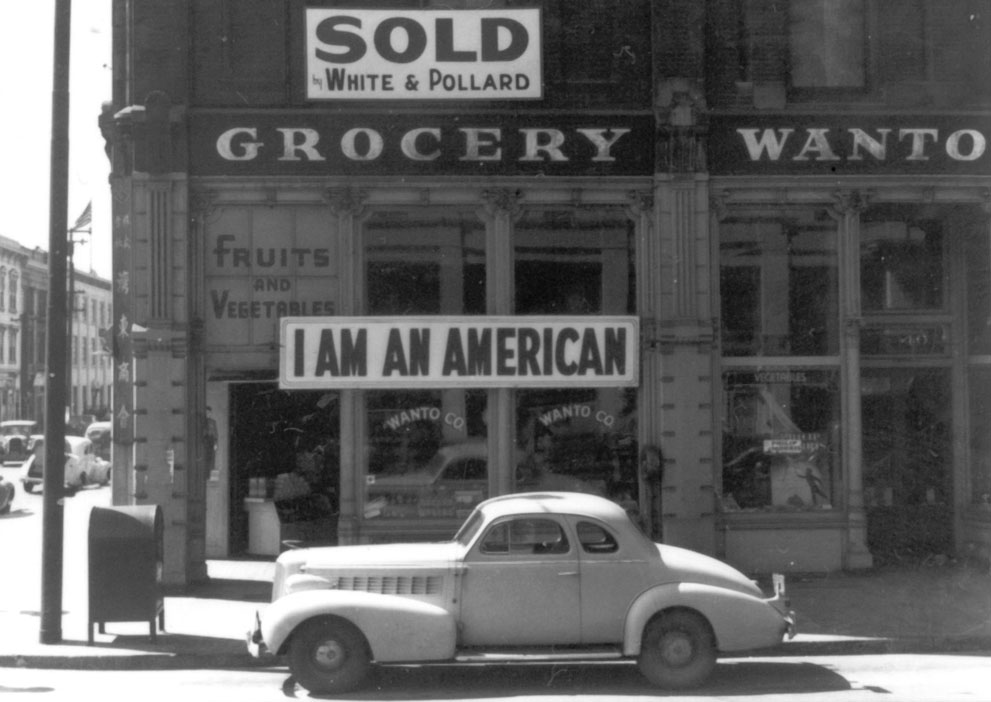 This store owned by a man of Japanese ancestry is closed following evacuation orders in Oakland, California, in April of 1942. After the attack on Pearl Harbor the owner had placed the "I Am An American" sign in the store front window. This photo is one of 45 photos from part 10 of a weekly 20-part retrospective of World War II, in the column, "In Focus with Alan Taylor".

Online exhibitions of art and crafts produced from the internment camps. 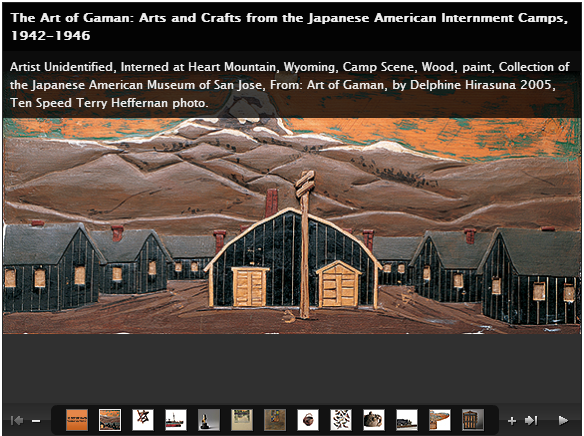 Resources for When the Emperor Was Divine

About When the Emperor was Divine

On a sunny day in Berkeley, California, in 1942, a woman sees a sign in a post office window, returns to her home, and matter-of-factly begins to pack her family’s possessions. Like thousands of other Japanese Americans they have been reclassified, virtually overnight, as enemy aliens and are about to be uprooted from their home and sent to a dusty internment camp in the Utah desert.

In this lean and devastatingly evocative first novel, Julie Otsuka tells their story from five flawlessly realized points of view and conveys the exact emotional texture of their experience: the thin-walled barracks and barbed-wire fences, the omnipresent fear and loneliness, the unheralded feats of heroism. When the Emperor Was Divine is a work of enormous power that makes a shameful episode of our history as immediate as today’s headlines.

Writer Gene Oishi hosts novelist Julie Otsuka to talk about her novel, When the Emperor Was Divine, about the experience of a Japanese-American family incarcerated during the war. Otsuka's mother was interned, as was Oishi, and the two discuss the secrecy and the anger. Otsuka reads from the final chapter of the book, and explains its tone. "One day I heard this angry, angry voice in my head and it almost felt like I was channeling the father's anger, and also, ... the unstated anger of all of the other men who were unfairly arrested by the FBI."

Julie Otsuka was born and raised in California. She is the author of the novel When the Emperor Was Divine and a recipient of the Asian American Literary Award, the American Library Association Alex Award, and a Guggenheim Fellowship. She lives in New York City. 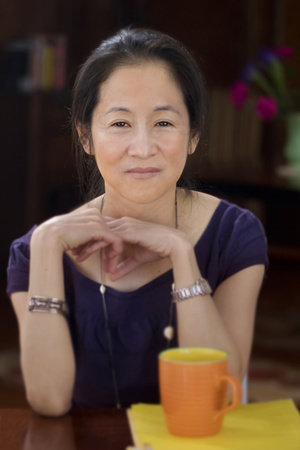 Other Works by Julie Otsuka 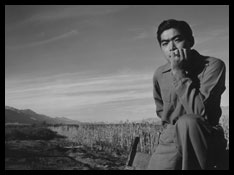 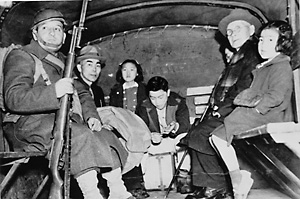 The Bainbridge Islanders were the first of nearly 120,000 other Nikkei — people of Japanese ancestry – exiled from the west coast, the result of Executive Order 9066 issued by President Franklin Roosevelt on February 19, 1942, followed by Civilian Exclusion Order No. 1 on March 24, 1942.
Allowed to only take what they could carry or wear — and not knowing where they were going, how long they would be gone, or if they would even return — after a three–day train ride with window blinds shut, on April 1, 1942 they finally arrived at the Relocation Center at Manzanar, an isolated American concentration camp in the desert on the eastern slopes of the California Sierra Nevada mountains.

text from BIJAC, image courtesy of the Library of Congress 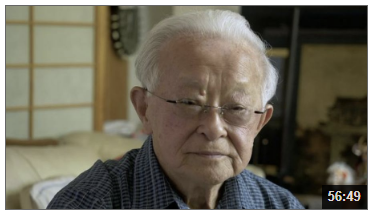 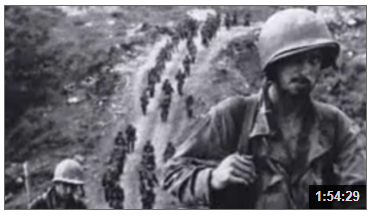 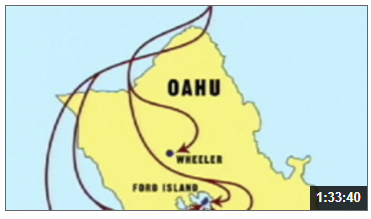 Tora, Tora, Tora: The Real Story of Pearl Harbor from Films on Demand

Source: " Stories from the Northwest: WWII - Camp Harmony " by KCTS9 , is licensed under a Standard YouTube License.

First-hand accounts of what life was like in relocation centers for Japanese Americans during WWII.

Documentary Footage of Life in an Internment Camp

Read More at the Holman Library