Linked below are some articles from the library's database, Gale Ebooks. Consider them or try a search in the databases below for more reference articles that have a broad overview on the topic.

The FAQs, updated in December 2020, linked below come from a page of the website, My Undocumented Life linked below.

What is Deferred Action for Childhood Arrivals (DACA)?

DACA was announced by President Obama on June 2012 in response to growing immigrant youth-led organizing across the country. DACA provides a type of liminal immigration status where beneficiaries are temporarily protected from deportation and receive a temporary work permit but are not provided with a path to citizenship.

What are the eligibility requirements to benefit from DACA?

To apply for DACA, USCIS notes that you must meet the following requirements: “(1) Were under the age of 31 as of June 15, 2012; (2) Came to the United States before reaching your 16th birthday; (3) Have continuously resided in the United States since June 15, 2007, up to the present time; (4) Were physically present in the United States on June 15, 2012, and at the time of making your request for consideration of deferred action with USCIS; (5) Had no lawful status on June 15, 2012; (6) Are currently in school, have graduated or obtained a certificate of completion from high school, have obtained a general education development (GED) certificate, or are an honorably discharged veteran of the Coast Guard or Armed Forces of the United States; and (7) Have not been convicted of a felony, significant misdemeanor, or three or more other misdemeanors, and do not otherwise pose a threat to national security or public safety.”

There is also an age requirement, which USCIS explains as, “Anyone requesting DACA must have been under the age of 31 as of June 15, 2012. You must also be at least 15 years or older to request DACA, unless you are currently in removal proceedings or have a final removal or voluntary departure order.”

What is the latest update on DACA?

Over five months after the decision, the Department of Homeland Security (DHS) issued guidance (following federal court orders) stating that: “DHS will comply with Judge Garaufis’ order while it remains in effect, but DHS may seek relief from the order.” You can read the full memo posted by DHS here.

Can I apply for DACA for the first time if I meet the eligibility requirements?

Can I renew my DACA if I meet the eligibility requirements?

Yes! USCIS is still accepting DACA renewal applications. You can check their official website for more information: Renew Your DACA

I need to apply for DACA, but I can’t afford the $495 application fees, where can I find help?

If you need legal and/or financial assistance applying for DACA, check out the resources featured on the next section below.

Can I apply for Advance Parole?

As of December 7, 2020, USCIS will begin accepting advance parole requests from DACA recipients once again. Please note that the current Covid19 pandemic may complicate things further. The best option is to consult with trusted immigration lawyer(s) in your community.

Dreamers: An Immigrant Generation's Fight for their American Dream Undocumented Immigrants in the United States : An Encyclopedia of Their Experience

They Take Our Jobs! And 20 Other Myths About Immigration 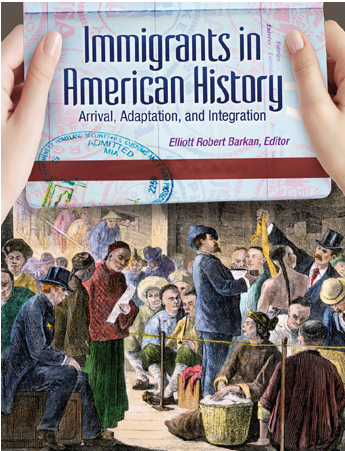 A Northwest Immigrant Rights Project training from spring of 2017 for the University of Washington Tacoma, including: