This guide is for students in English 113: Introduction to Poetry and any other students interested in reading and studying poetry.

Pages above will help you: 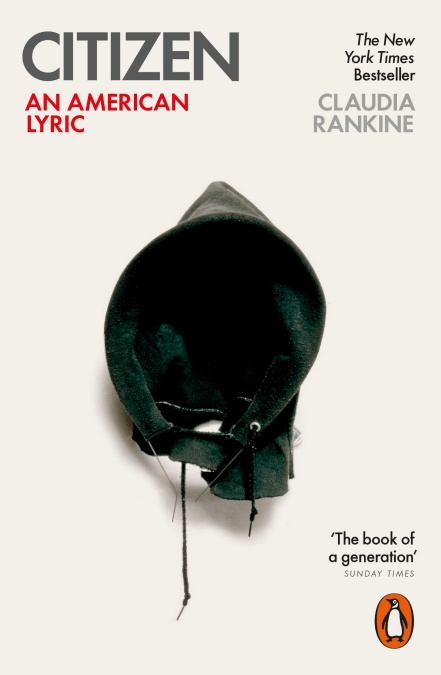 From "Towards a Poetics of Racial Trauma: Lyric Hybridity in Claudia Rankine's Citizen" by Mary-Jean Chan.

"I argue that Citizen is Rankine's attempt at creating a poetics of racial trauma which meditates on the effects of racial injustice as it manifests in the bodies of traumatized individuals. I draw upon theorists such as Judith Butler and Cathy Caruth whose work bears testament to how trauma often begins and ends with language (or its lack thereof), since moments of linguistic hurt tend to revisit individuals via memory as speech. Rankine's keen awareness of how linguistic injury registers in the body leads her to an adoption and adaptation of the lyric form, with Citizen aptly subtitled "An American Lyric."

From Poets.org - Shelter in Poems

For Poetry Month and in response to sheltering in place, Poets.org has invited readers to submit their favorite poems from the poets.org collection. Open the link below to find Shelter in Poems.

Want to submit a poem? Find them on social media with the hashtag #ShelterInPoems.

From Poets.org who print it with permission of the poet Naomi Shihab Nye: 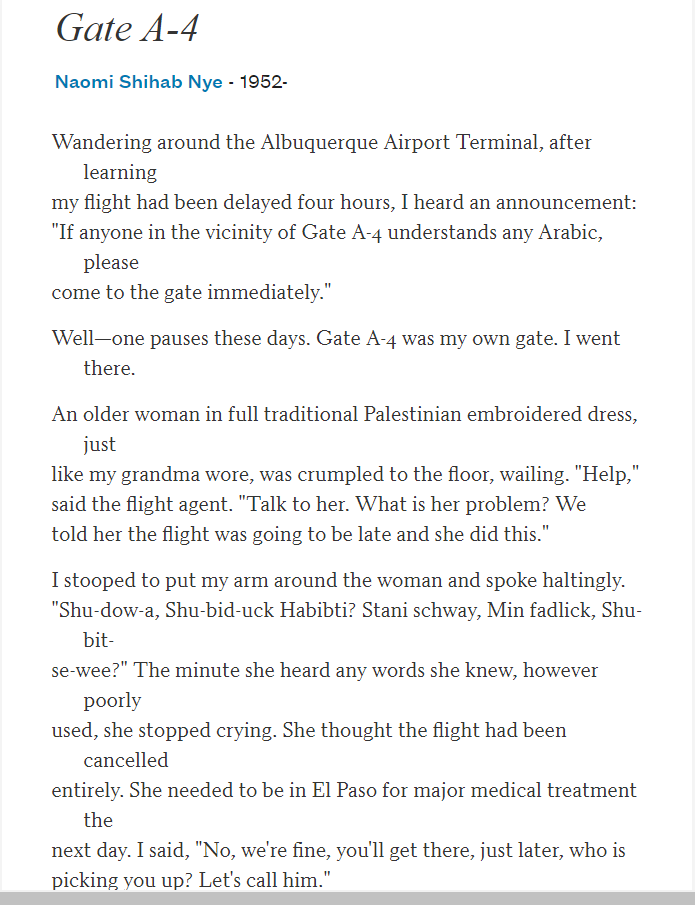 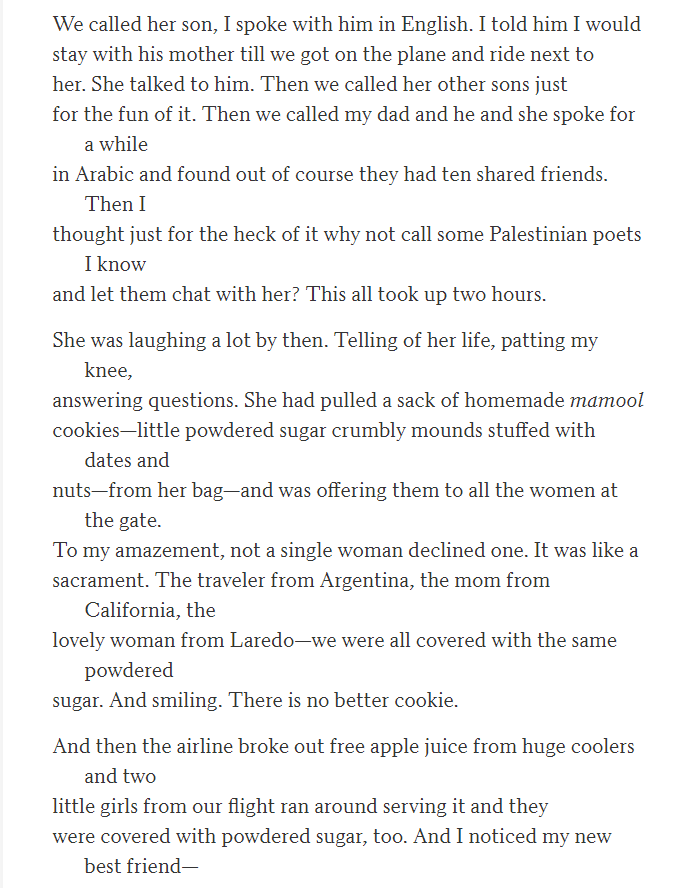 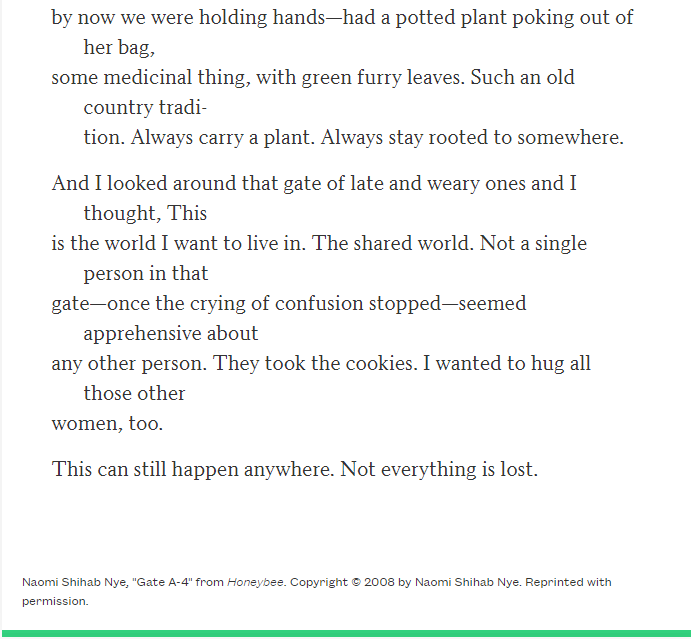