"Veterans are men and women who have served (even for a short time), but are not currently serving, on active duty in the U.S. Army, Navy, Air Force, Marine Corps, or the Coast Guard, or who served in the U.S. Merchant Marine during World War II. People who served in the National Guard or Reserves are classified as veterans only if they were ever called or ordered to active duty, not counting the 4-6 months for initial training or yearly summer camps. All other civilians are classified as nonveterans. While it is possible for 17 year olds to be veterans of the Armed Forces, ACS data products are restricted to the population 18 years and older. For the complete definition, go to ACS subject definitions 'Veteran Status'.'" 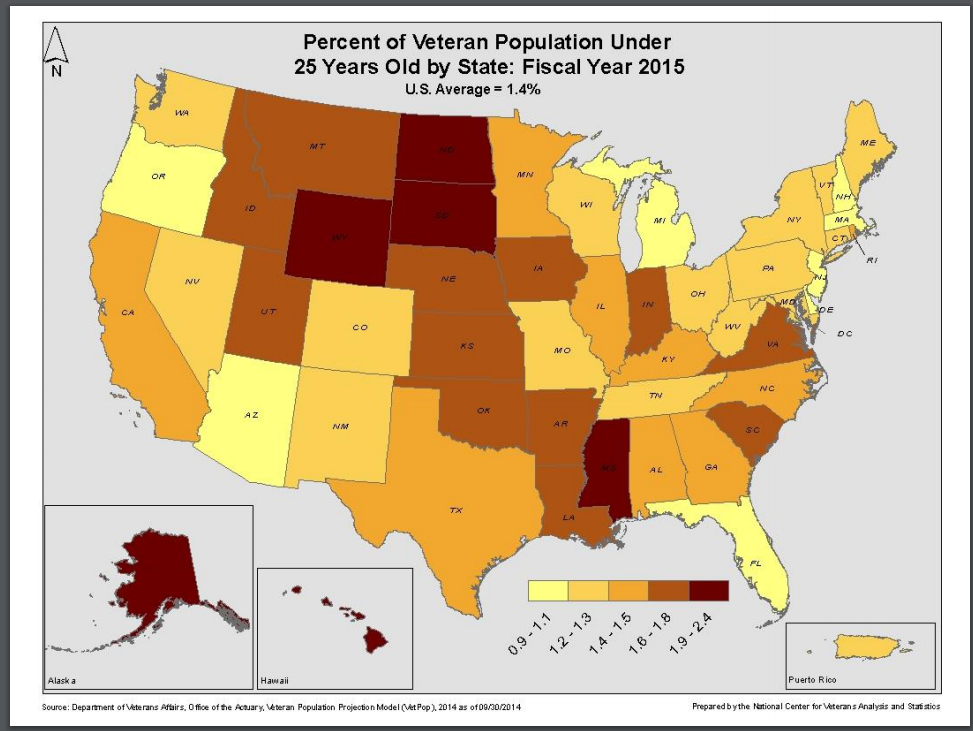